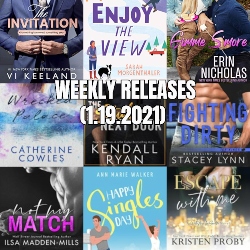 The Invitation by Vi Keeland

The first time I met Hudson Rothschild was at a wedding. I’d received an unexpected invitation to one of the swankiest venues in the city.

Hudson was a groomsman and quite possibly the most gorgeous man I’d ever laid eyes on. He asked me to dance, and our chemistry was off the charts.

I knew it wasn’t a good idea to get involved with him, considering the wedding I was at. But our connection was intense, and I was having a great time.

Though the fun came to a screeching halt when Hudson figured out I wasn’t who I’d said I was. You see, that unexpected invitation I received? Well, it hadn’t actually been addressed to me—it was sent to my ex-roommate who’d bounced a check for two months’ rent and moved out in the middle of the night. I figured she owed me an expensive night out, but I guess, technically, I was crashing the wedding.

Once caught, I couldn’t get out of there fast enough. As I bolted for the door, I might’ve plucked a few bottles of expensive champagne off the tables I passed, all while the gorgeous, angry groomsman was hot on my tail.

Outside, I jumped into a taxi. My heart ricocheted against my ribs as we drove down the block—but at least I’d escaped unscathed.

Or so I thought.

Until I realized I’d left my cell phone behind at the table.

Take one guess who found it?

This is the crazy story of how Hudson Rothschild and I met. But trust me, it’s only the tip of the iceberg.

One night was all it took for everything to change.
From college student to guardian in a single breath.
My siblings became my world.

No time for date nights or romantic dreams.
I traded quiet weekends for sleepless nights.
Giving my all to make sure they were cared for.

But Griffin had a brokenness that called to me—one that mirrored my own.
Gruff and just a little bit reckless.
He was the last thing I needed. But everything I wanted.

Only someone isn’t happy about this new life I’m building.
Deciding to set fire to everything I hold close.
And when the smoke clears, there might be only ashes left behind…

Escape with Me by Kristen Proby

From New York Times and USA Today Bestselling Author Kristen Proby comes ESCAPE WITH ME, an all-new stand-alone novel in her beloved WITH ME IN SEATTLE SERIES!

Keegan O’Callaghan has been told he’s married to his pub. It’s true. He’s happiest when he’s pulling taps and filling drink orders, so long as he can keep an eye on his family and ensure that all is well. Bringing a woman into his life for anything but a pleasant, short-term romp isn’t even on his radar.

Until she comes running through his door, soaking wet and in a princess gown.

Isabella Harris ran out on her wedding, and she’s not even a little bit sorry. She may have loved her groom a long time ago, but standing there about to take her vows, she realizes it’s not right. And that’s all she needs to know. Four hours later, she finds herself on a tiny island outside of Seattle, walking into a random Irish Pub and locking eyes with the sexiest bartender she’s ever seen. But now what? She’s alone and broke, with only a wedding dress to her name.

Despite the undeniable attraction between them, Keegan can see that Izzy’s scared and alone. The job offer he extends is only until she gets back on her feet—he has no intention of keeping her.

But sometimes Fate has other plans…

There’s nothing I wouldn’t do for my best friend.

Like, hide the fact I’ve been in love with her for years.

Or agree to be her fake boyfriend when we have to return to her hometown for her exes wedding.

Little does Jillian know this is what I’ve been waiting for.

It’s a dream come true. I finally get to touch her and love her in all the ways I’ve been dying to show her.

For one weekend only, she’s mine, even if she thinks it’s fake.

Pretending to love her is easy.
I want her to be mine forever.

Getting Jillian to admit it’s what she wants too, is another thing.

On or off the ice, I have no problems fighting dirty to get what I want.

But this is one fight I might just lose.

The Stud Next Door by Kendall Ryan

Life threw me a curveball. An adorable eight-pound, four-ounce curveball with her mother’s eyes and my dark hair. I’d like to think my single-dad game is strong, but honestly? I’ve been struggling a little.

When a beautiful young woman moves in next door and offers to give me a hand, I jump at the chance to hire her as a nanny. Jessa is amazing with my daughter. She’s also patient, kind, and way too pretty.

The number one rule of hiring a nanny? Don’t bed the nanny.

It’s a rule I intend to keep.

But as the days pass, I begin to realize how much my life is missing. Companionship. Romance. Intimacy. When I discover my heart has space for one more female, it’s a lost cause, another curveball. The hot-as-hell nanny is leaving soon for a mission trip to Central America. No sense in letting myself fantasize about Jessa being a permanent part of my life.

The closer we get, the more difficult it becomes to keep my feelings in check, because my heart won’t listen. And neither will my libido.

Well, you know what they say. Rules are meant to be broken . . .

As a Certified Professional Organizer, everything in Paige Parker’s world is as it should be. Perfect apartment, perfect office, perfect life. And now, the perfect vacation planned to celebrate Singles Day. After all, what’s better than celebrating her pride in being single? Because who needs a man anyway? They have zero taste in quality television, leave the toilet seat up, and sleep with your best friend. No thanks. Her life is fine just the way it is.

As the owner of a now-dormant bed & breakfast, single dad Lucas Croft finally has some peace and quiet. It’s only him and his five-year-old daughter, which is just the way he likes it. Because who needs a woman anyway? They nag you to clean up your stuff, want the toilet seat put down, and expect the dishes to be done the same day the meal is cooked. No thanks. His life is fine just the way it is.

But when Paige books a room that Lucas’ well-intentioned sister listed without his knowledge, their two worlds collide. If they can survive the week together, they just might discover exactly what they’ve both been missing.

Not My Match by Ilsa Madden-Mills

Homeless and heartbreakingly innocent, Giselle Riley walks into my penthouse and chaos follows.

I shouldn’t have invited the girl genius to live with me, but it’s clear she needs my help—not only for a place to lay her pretty blonde head but in finding real love, which she’s not going to get with the crazy men she picks up online.

Too bad she’s a twenty-four-year-old virgin and I’m a bad boy wide receiver. She’s off limits for a hardcore player like me—and we’re just friends.

Instead, I’m her matchmaking service, no matter how jealous it makes me when I tag along on her dates.

I can keep my self-control. Right? No way will I give in to everything inside me that dreams of a girl like her in my world.

I may be the best wide receiver in the country, but how could I hold on to a girl like her?

Enjoy the View by Sarah Morgenthaler

Former Hollywood darling River Lane’s acting career is tanking fast. Determined to start fresh behind the camera, she agrees to film a documentary about the picturesque small town of Moose Springs, Alaska. The assignment should have been easy, but the quirky locals want nothing to do with River. Well, too bad: River’s going to make this film and prove herself, no matter what it takes.

Or what (literal) mountain she has to climb.

Easton Lockett may be a gentle giant, but he knows a thing or two about survival. If he can keep everyone in line, he should be able to get River and her crew up and down Mount Veil in one piece. Turns out that’s a big if. The wildlife’s wilder than usual, the camera crew’s determined to wander off a cliff, and the gorgeous actress is fearless. Falling for River only makes Easton’s job tougher, but there’s only so long he can hold out against her brilliant smile. When bad weather strikes, putting everyone at risk, it’ll take all of Easton’s skill to get them back home safely…and convince River she should stay in his arms for good.

A friends-to-lovers romance that will make you melt.

Oliver’s a dreamer who is always ready for the next big adventure.
Piper’s the steady one who keeps his feet on the ground.

He’s wildly successful, thanks to her always being there to catch him when he leaps before he looks. But she wants more. While he’s as clueless as ever.

So she just gave her two weeks notice.

Ollie doesn’t know how he’ll survive without Piper. So for the next two weeks, he’ll be sticking to her like the marshmallows on the s’mores she loves so much.

But does he want her as his assistant… or is there a sweeter spot in his life for the woman who’s always had his back–and possibly even his heart?