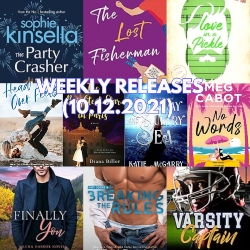 The Brightest Star in Paris by Diana Biller

Amelie St. James is a fraud. After the Siege of Paris, she became “St. Amie,” the sweet, virtuous prima ballerina the Paris Opera Ballet needed to restore its scandalous reputation, all to protect the safe life she has struggled to build for her and her sister. But when her first love reappears looking as devastatingly handsome as ever, and the ghosts of her past quite literally come back to haunt her, her hard-fought safety is thrown into chaos.

Dr. Benedict Moore has never forgotten the girl who helped him embrace life after he almost lost his. Now, years later, he’s back in Paris. His goals are to recruit promising new scientists, and maybe to see Amelie again. When he discovers she’s in trouble, he’s desperate to help her—and hold her in his arms.

When she finally agrees to let him help, they disguise their time together with a fake courtship. Soon, with the help of an ill-advised but steamy kiss, old feelings reignite. Except, their lives are an ocean apart. Will they be able to make it out with their hearts intact?

No Words by Meg Cabot

Jo Wright always swore she’d never step foot on Little Bridge Island – not as long as her nemesis, bestselling author Will Price, is living there. Then Jo’s given an offer she can’t refuse: an all-expenses paid trip to speak and sign at the island’s first ever book festival. And when she finds out Will won’t even be on the island, there’s no reason to refuse.

But when she arrives on Little Bridge, Jo is in for a shock: Will is not only at the book festival, but seems genuinely sorry for his past actions – and more than willing not only to make amends, but prove to Jo that he’s a changed man.
Things seem to be looking up – until disaster strikes, causing Jo to wonder: do any of us ever really know anyone?

Breaking the Rules by Kendall Ryan

The bestselling HOT JOCKS series is back with a brand new novella. In this much anticipated return of the hockey team you know and love, you’ll see what the guys are up to now, and meet the hot new rookie on the team. This series by New York Times bestselling author Kendall Ryan has been called …

The latest threat uncovered, it is my honor and duty to oust those responsible for the slaughter of so many and make the Fae Others pay for their crimes. However, nothing could have prepared me for the stunning and curious female that crosses my path. She’s an enigma: equal parts strength and vulnerability. She quiets the rage I’ve carried within me for so long and makes me question Death’s directives for the first time ever. Her tragic, emotional story touches something deep within me, and her bravery is awe-inspiring—which makes it doubly hard to let her return to the enemy and the dangers that await. I never expected her, but I need her. She is everything to me, and I will do whatever it takes to make sure she’s safe and by my side. Forever.

A witch and a Fae aren’t supposed to fall in love, nonetheless be soulmates…

New witch and midwife Cassie Strega helped a human mother through the tumultuous birth of the queen of the demons, and now Cassie and the baby have been kidnapped by one of the four demon princes fighting each other to lay claim to their new queen. Cassie hopes she can appeal to the human side of the child in order to save humanity, but as the child feeds upon her soul, Cassie must also battle the four demon-prince-uncles who intend for the infant to fulfill her dark destiny.

The love of Cassie’s life, the sultry Fae warrior and heir to the Fae kingdom, Orion, is still searching for the Fae queen he’s been tasked to find, but he is also desperate to save Cassie from his archenemies. He is torn between his heart and his duty, but if he doesn’t save Cassie by Beltane, the blood bond that connects Cassie to Orion will forever be severed and she will be marked as an enemy to the Fae—one he is sworn by oath to kill.

Fate was cruel when it linked Cassie and Orion together. Their attraction to each other is undeniable, their love assured, but these fated lovers are doomed by a curse that threatens to keep them apart. Every touch during every shared dream, every kiss during every cherished moment together is driving them closer to what will either be a victory of humanity or an end no mortal will be able to survive. Will love, in the end, truly conquer all or will it destroy them all?

Effie’s still not over her parents splitting up a year ago. Her dad and his new girlfriend are posting their PDAs all over Instagram – and no one should have to deal with photos of their dad with the hashtags #viagraworks and #sexinyoursixties. Now they’re selling the beloved family home and holding a ‘house-cooling’ party. When Effie receives only a last-minute ‘anti-invitation’, she decides to give it a miss.

Until she remembers her precious Russian dolls, safely tucked away up a chimney. She’ll have to go back for them – but not as a guest. She’ll just creep in, grab the dolls and make a swift exit. No one will know she was ever there.

Of course, nothing goes to plan. Not only does Effie bump into her ex-boyfriend (who she’s very much not over), she can’t find the dolls. And as she secretly clambers around dusty attics, hides under tables and mournfully eyes up the dessert table, she discovers unexpected truths about her family – and even about herself.

With time (and hiding places) running out, Effie starts to wonder if she’d be better off simply crashing the party. Perhaps that’s the only way to find out what’s really going on with her family…

When a mysterious silver fox becomes intrigued with this small town’s most disliked society woman, he finds she’s more than a little trouble and possibly a whole lot of heart.

Scotia Simmons. The name says it all—ornery, judgmental, mean—but underneath a woman like that is typically a shattered heart. Locked within her secrets, this fried pickle princess has used her unkindness as a shield of protection against the loneliness. However, menopause and a one-night stand can change a woman’s perspective on things. Who knew it would take a man the likes of him to push her strong will to its limits?

Chester Chesterfield. The name has more than one meaning—generous, quiet, private—but within one man is a multitude of personas. The gruff oil mogul has a wounded heart (and a big secret) that holds him hostage from the man he’s meant to be. His past defined him, or so he thought. He never imagined it’d take a woman like her to push him over his carefully constructed edges and show him love has no boundaries.

When you’re in a pickle, it’s time to relish what—or rather who—stands before you and accept that even over forty, a second chance at love can be a big dill (every pun intended).

It’s been five years since I’ve seen him. An unexpected event takes me back to the place where it all began.

Can this be our time? Or is it too late? Did I find myself only to lose him?

June Mabee is a lot of things.
She’s the girl next door.
She’s the best friend I ever had.
She was my first kiss, as awkward as it was.
And she’s the last person I should have feelings for. Ever.

Two years ago, I cut all ties with her because I had no choice. No more late night phone calls, no hellos or goodbyes, not even a passing smile. I left her to wonder what happened to the us we used to be. We were best friends, and then suddenly…we weren’t. And I know it hurt. But the truth would have hurt her more, and being anything with June would have destroyed my family.

For a while, we managed to exist a hundred feet apart with no connection at all. She changed schools. I kept busy. We existed, apart. But no matter how hard I tried to not think about her, I just couldn’t stay away from the funny, adventurous, steadfast girl with wild green eyes.

She’s back. We’re seniors now. We’ve grown—all of us. And while I might be different, she’s different too. She takes risks, stands up for herself and doesn’t back down. The more we’re forced together, the more I miss her. But for June to be a part of my story, I need to tell her the whole truth, everything that happened. And I’m not sure any of us are ready for that.

My approach to dating has served me well.

No hassles.
No strings.
No heartache.

As a prominent divorce attorney and Manhattan’s most eligible bachelor, I’m as sought after in the courtroom as I am in the bedroom. Winning in both arenas is my specialty.

The only thing I ever lost was the nerve to tell the girl of my dreams how I felt about her. Seven years later, I might be getting the opportunity when she moves into my spare bedroom.

Though I used to laugh at the notion of love, her bright blue eyes, soft heart, and quick wit has me . . . feeling things. New emotions.

And I’m starting to realize that if there’s one woman who can change my confirmed bachelor ways, it’s Tealey Bell, aka my Achilles’ heel.

So when did it all go wrong?

For that answer, we must go back to beginning when I promised one friend a favor and fell head over feels for another.