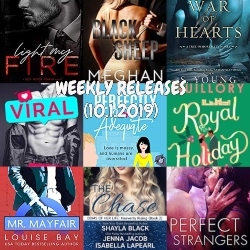 War of Hearts by S. Young

Thea Quinn has no idea what she is. All she knows is that her abilities have been a plague upon her life since she was a child. After years of suffering at the hands of a megalomaniac, Thea escaped and has been on the run ever since.

The leadership and protection of his pack are of the utmost importance to Conall MacLennan, Alpha and Chief of Clan MacLennan, the last werewolf pack in Scotland. Which is why watching his sister slowly die of a lycanthropic disease is emotional torture. When Conall is approached by a businessman who offers a cure for his sister in exchange for the use of Conall’s rare tracking ability, Conall forges an unbreakable contract with him. He has to find and retrieve the key to the cure: dangerous murderer, Thea Quinn.

Thea’s attempts to evade the ruthless werewolf are not only thwarted by the Alpha, but by outside dangers. With no choice but to rely on one another for survival, truths are revealed, intensifying a passionate connection they both fight to resist. At war with themselves and each other, Conall and Thea’s journey to Scotland forces them to face a heartrending choice between love and betrayal.

Perfectly Adequate by Jewel E. An

Dr. Elijah Hawkins needs … something.
After his wife jumps headfirst into a midlife crisis, he’s left with his young son, Roman, and a lot of unanswered questions.

That something turns out to be a someone—Dorothy Mayhem, nursing student, patient transporter, reckless driver, and emu owner.

Dorothy studies humans, the neurotypical kind, through books and television. Then she emulates their behavioral patterns to fit in with her peers.

But nothing can prepare her for Dr. Elijah Hawkins.

Single dad.
Brilliant pediatric oncologist.
And the sexiest doctor at the hospital.

When his failed attempts at asking her out turn into a string of playdates with his son, Dorothy finds herself unexpectedly enamored with the boy and his father.

And that’s a problem, a huge one, because Elijah’s ex-wife is a famous plastic surgeon—and Dorothy’s idol.

Perfectly Adequate is a beautiful, hilarious, and heart-felt journey along the “human” spectrum.

Light by Fire by Jessica Ruben

From Amazon bestselling author Jessica Ruben comes a hot new Romance…
He saved me from war.Fed me when I was in too much pain to eat.
Smuggled me and my family into America when it became too dangerous to stay.
But, Nico didn’t flee with us.While I began elementary school in the United States, he was building the greatest and toughest Mafia of the century.
The Mafia Shqiptare.

After years of nothing but silence, he’s back in my life,
Ready to do whatever it takes to bring me into his universe.
He isn’t leaving until he takes me with him.

It should be the most shocking news I’d ever gotten—My boyfriend is getting married.

Okay, technically he’s my ex-boyfriend. Two months ago he decided he wanted a break. I still thought he was my happily ever after.

On any other day, knowing he was gone for good would be the worst thing that could possibly happen. But not today. Because not only is my boyfriend getting married—his bride is my best friend.And they’ve sent me an invitation.

There’s no way I’m going to attend. I don’t care if it’s in beautiful Scotland.

Nothing and no one could convince me.

Not even when a deliciously handsome stranger tells me he needs to go as my plus one.

Not even when he shoots me a wickedly, sexy smile.

But then he offers me the opportunity of a lifetime—a dream come true. How can I say no?

I’m about to find out that faking it can be a whole lot of fun.

Every family has a black sheep.
In the infamous Casso crime family, that black sheep is me—Cannon Freeman.
Except I’m not a free man. I’ve never been free. Not since the day I was born.
I owe my loyalty to my father, Dominic Casso, even if he won’t publicly acknowledge me as his blood.
I’ve never had a reason to go against his wishes… until I met her.
Drew Carson turned my world upside when she walked into my club looking for a job.
Now, my honor and my life are on the line.
Going against my father’s wishes might buy me a bullet straight from his gun, but black sheep or not, it’s time to make my stand.
She’s worth the fallout.

Author Olivia Rossi hasn’t been able to write a word since tragedy struck two years ago and ripped her world apart. Heartbroken and still haunted by the past, she accepts an offer to spend the summer at a friend’s apartment in Paris in search of healing and her lost muse.

What she finds instead is James, an enigmatic stranger who ignites in her an unexpected and all-consuming passion.

Agreeing to tell each other nothing more than their first names, Olivia and James embark on a torrid affair. But the more time they spend together, the more Olivia begins to realize her summer fling is turning into a powerful connection…and that the magnetic man she’s falling in love with might not be what he seems at all.

Vivian Forest has been out of the country a grand total of one time, so when she gets the chance to tag along on her daughter Maddie’s work trip to England to style a royal family member, she can’t refuse. She’s excited to spend the holidays taking in the magnificent British sights, but what she doesn’t expect is to become instantly attracted to a certain private secretary, his charming accent, and unyielding formality.

Malcolm Hudson has worked for the Queen for years and has never given a personal, private tour—until now. He is intrigued by Vivian the moment he meets her and finds himself making excuses just to spend time with her. When flirtatious banter turns into a kiss under the mistletoe, things snowball into a full-on fling.

Despite a ticking timer on their holiday romance, they are completely fine with ending their short, steamy affair come New Year’s Day. . .or are they?

The night Heavenly Young gave her innocence to Dr. Kenneth Beckman and Seth Cooper, her world was ripped apart by betrayal and tragedy. She leaves behind everything and everyone to fulfill a deathbed promise and start her life over. But her solitary quest forces her to face her past and question where her future truly lies—alone or in the arms of the two unforgettable men she loves?

After putting his heart on the line—something Seth swore he’d never do again—he’s devastated when Heavenly walks away from him and Beck. Hell-bent on reclaiming her, they chase her down and help her complete her solemn duty. But Heavenly is caught between independence and love, forcing him and Beck to make her a deal. She’ll give them total commitment for eight weeks. If she still wants her freedom after that, they’ll let her go—for good.

After Beck’s reckless mistake implodes the fragile bond he and Seth share with Heavenly, he’s determined to prove they can give her both the adventure she seeks and the devotion she craves. So the men devise a game to break down her barriers and bind her in bliss. But when their dreams are within reach, a demon from Beck’s long-forgotten past returns, bent on revenge that might cost him his life.

White Trash Circus will be taking an extended break and won’t be playing any time in the foreseeable future. Please lodge all your complaints to my guitarist—and my ex best friend—who I found inside the girlfriend I’ve had since high school. I will pull the freaking knife from my back and continue—without either of them—when the time is right. With enough hate and anger coursing through my veins to keep me in therapy for life, I’m going to save my cash and let the music heal me. Prepare all your bleeding hearts to be tormented with the most righteous, heavy and cataclysmic tunes to ever come out of me. So there’s that to look forward to. Thank you for all the support over the years, the gigs, the love and most of all memories. Don’t trust anyone and stay metal—Vaughan.

PS. Connor, you left your guitar and rig at my house so I took the liberty of relocating it to my front lawn. I might have dropped it on the way out the door. In your own words, brother, “Sometimes stuff just happens.”

PPS. Our drummer spontaneously combusted and is no longer with us.

WhiteTrashMegaFan- Whoa! Is this real?

VaughanLover4Eva – I love you Vaughan, you were too good for her anyway. I want to have your babies.

HeavyBrad69– So rock and roll!! Can’t wait for the new stuff, it’s going to be metal AF!

Nico – Ummm, Vaughan, what about me?

White Trash Circus – No one cares about the bass player, Nico.