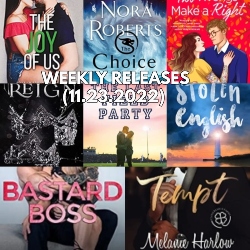 You’ve heard the story about the wedding planner who falls for the groom?

Well, this is the one where she falls for his father.

And that groom? He’s my ex.

I didn’t realize who the gruff, gorgeous older man was the night he rescued me from a creep in a Manhattan hotel bar. All I knew was that a hot, bearded stranger with a protective streak showed up right when I needed a reminder that real gentlemen still exist.

(Although he left his manners behind after asking me up to his room.)

It was the hottest night of my life, but I never thought I’d see the former Navy SEAL again.

Imagine my surprise at the rehearsal dinner one week later, when my sexy one-night stand is introduced as the father of the groom. Even more surprising? That temptation we felt in New York was no fluke.

In public, we pretend there’s nothing between us.

In private, we can’t keep our hands off each other.

The situation is beyond complicated. Zach never even knew he’d fathered a child until recently, and he wants to earn his son’s trust and respect. As for me, I’m looking for a man who wants to start a family, and Zach has made it clear he’s not that man. He’s fifteen years older, newly divorced, and he lives across the country.

But no matter how many times we draw the line, we keep crossing it.

Nothing so wrong should ever feel so right.

I have a secret. I’m not who you think.

In this world, where gowns, castles, and crowns make for the perfect reflections, life isn’t always as it appears. Love is elusive, even when the most beautiful woman is right before you. Illusions distort visions, shadows lurk in the sunshine, and monsters tread behind smiles and chivalrous facades.

I, Roman Archibald Godfrey, swore an oath to Molave.
To the king.
And above all, to Princess Lucille.

The princess isn’t mine to take, but you know what they say about forbidden fruit.

A sexy, dirty talking alpha. The beautiful, sweet, and fiery Bella. Her boss. A contract that forces him to marry. An arrangement that will change them forever. Meet Tyler Hawk…

Tyler Hawk is a man with secrets and a dark past. A man who has known tragedy and betrayal. He wants for little, but what he wants is more power, a legacy that is his own, and not his father’s. There are obstacles in his way, one of which is the scandal his father left behind and a will with certain demands.

Behind the scenes he is a man on edge, and only one woman sees the truth hidden beneath his strong will and dominant rule. Bella is somehow demanding and submissive, fiery and yet sweet. She can give him everything he wants, she just doesn’t know it, not yet, but she will. If she’ll just say yes and sign on the dotted line.

Book one in the Tyler & Bella Duet.

The problem with a self-appointed bodyguard that you have feelings for is that they are right up close and personal every damn day, and when they look like Evan Roark, they’re impossible to ignore.

I didn’t think I’d live another day. It’s been almost ten years since I escaped to a life I could never imagine. And to a man I can only dream about. Evan Roark has been my beacon, he’s been the man who’s shown me that men who are strong can also be safe. After almost a decade, I’m finally ready to take back my life and remember the woman inside me, the woman who wants, who needs, who loves, who feels, who craves … only he’s made it clear I can’t crave him. But I haven’t made it this far to make a new life only to fail now. I want him to be the one to help me erase my past. And if he wants to be all up in my space being bossy and overprotective, and looking so hot, then I can’t help it if I’ll try anything possible to get him to touch me.

Nine years ago I asked my best friend, Xavier, for a favor, a way to keep Andrea safe. While I run security for him and guard his family against all threats, I can also keep her close. I keep her close, but never touch. But when she paints a target on her back by filing for divorce, I’m forced to make a choice, and it’s her I have to protect. And now she’s calling my bluff, letting me know she’s ready to finally trust another man to hold her, to touch her, to love her… It’s killing me. I want it to be me, but I can’t be both her lover and her protector. If I give in, then I won’t see the threat coming. I know what happens when I get distracted. People get hurt.

But she’s making it so … damn… difficult.

Set against the backdrop of Southern France in and around a tiny storybook village reminiscent of Belle’s village in Beauty and The Beast, comes a story of a woman whose life was stolen by an abusive husband, and the man who’ll help her remember the woman she is inside.

This book has a backstory of domestic violence and abuse. It is not on page, but proceed with caution if this is a difficult area for you when it is mentioned. Also, this book contains mature themes. And as always with my romances, there are no closed doors.

Five years after the Lawton High football team last took the field, everyone is gathering for a special event back home in Alabama. But coming back together brings up memories from the past. Special ones. Painful ones. Unforgettable ones. And for some, the reunion introduces an opportunity to confront unresolved issues.

Can Asa and Ezmita continue to run away from what their hearts truly want? What about Nash and Tallulah—will their natural attraction to each other last when trust concerns rise to the surface? For West and Maggie, five years later means taking the next step—if they have the courage to face it. And a joyous celebration waits for Brady and Riley and their beautiful family. But family may be the point of contention when it comes to Gunner and Willa and their upcoming plans. Finally, there are Ryker and Aurora, who must continue to fight their way through insecurity and temptation.

All these couples find themselves face-to-face with not only the past but a possible future worth celebrating. So as we catch up with the members of the Lawton High football team, the future still remains unknown. Will everyone get their happy endings? Or will they leave it all on the field as they step forward toward the days ahead?

Jamie Westenberg and Bea Wilmot have nothing in common except a meet-disaster and the mutual understanding that they couldn’t be more wrong for each other. But when the people closest to them play Cupid and trick them into going on a date, Jamie and Bea realize they have something else in common after all—an undeniable need for revenge.

Soon their plan is in place: Fake date obnoxiously and convince the meddlers they’re madly in love. Then, break up spectacularly and dash everyone’s hopes, putting an end to the matchmaking madness once and for all.

To convince everyone that they’ve fallen for each other, Jamie and Bea will have to nail the performance of their lives. But as their final act nears and playing lovers becomes easier than not, they begin to wonder: What if Cupid’s arrow wasn’t so off the mark? And what if two wrongs do make a right?

The Joy of Us by Kennedy Fox

What happens when your rental cabin ends up being a scam and you’re forced to stay with a sexy lumberjack? You try to avoid him and his annoying Christmas spirit because the last thing you have time for is love.

The Joy of Us is a reverse grumpy/sunshine, close proximity romance.

The Choice by Nora Roberts

The conclusion of the epic trilogy from the #1 New York Times bestselling author of The Awakening and The Becoming.

Talamh is a land of green hills, high mountains, deep forests, and seas, where magicks thrive. But portals allow for passage in and out—and ultimately, each must choose their place, and choose between good and evil, war and peace, life and death…

Breen Siobhan Kelly grew up in the world of Man and was once unaware of her true nature. Now she is in Talamh, trying to heal after a terrible battle and heartbreaking losses. Her grandfather, the dark god Odran, has been defeated in his attempt to rule over Talamh, and over Breen—for now.

With the enemy cast out and the portal sealed, this is a time to rest and to prepare. Breen spreads her wings and realizes a power she’s never experienced before. It’s also a time for celebrations—of her first Christmas in both Talamh and Ireland, of solstice and weddings and births—and daring to find joy again in the wake of sorrow. She rededicates herself to writing her stories, and when his duties as taoiseach permit, she is together with Keegan, who has trained her as a warrior and whom she has grown to love.

It’s Keegan who’s at her side when the enemy’s witches, traitorous and power-mad, appear to her in her sleep, practicing black magick, sacrificing the innocent, and plotting a brutal destruction for Breen. And soon, united with him and with all of Talamh, she will seek out those in desperate need of rescue, and confront the darkness with every weapon she has: her sword, her magicks—and her courage…