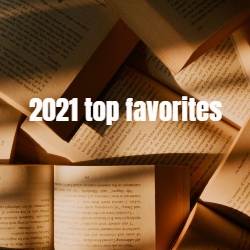 Her Wicked Marquess by Stacy Reid (Read my Review)

Miss Maryann Fitzwilliam is too witty and bookish for her own good. No gentleman of the ton will marry her, so her parents arrange for her to wed a man old enough to be her father. But Maryann is ready to use those wits to turn herself into a sinful wallflower.

When the scandal sheet reports a sighting of Nicolas St. Ives, the Marquess of Rothbury, climbing out the chamber windows of a house party, Maryann does the unthinkable. She anonymously claims that the bedchamber belonged to none other than Miss Fitzwilliam, tarnishing her own reputation—and chances of the dastardly union her family secured for her. Now she just needs to convince the marquess to keep his silence.

Turns out Nicolas allows for the scandal to perpetuate for his own reasons… But when Maryann’s parents hold fast to their arranged marriage plan, it’ll take a scandal of epic proportions for these two to get out of this together.

Each book in the Sinful Wallflowers series is STANDALONE:
* My Darling Duke
* Her Wicked Marquess

Call Me Crazy by Melanie Harlow (Read my Review)

It was the perfect plan.
I needed a wife–temporarily–in order to inherit the family business.
And she needed a favor–the kind that takes nine months to deliver.

We had it all worked out, from the no-touching policy on our wedding night (her rule) to the no-falling-in-love decree (mine). She’d marry me, I’d give her the means to have the baby she’d always wanted, and one year later we’d amicably part ways with no hassle, no demands, and certainly no regrets.

After all, Bianca DeRossi and I are experts at infuriating one another–we’ve been doing it since we were kids. Trouble is, she grew up gorgeous and feisty, and she still knows exactly how to get under my skin.

And that wedding night? Well, it doesn’t exactly go down hands-free.

Then she moves in with me, and I really start to lose my mind. From her sexy little pout to her wicked sense of humor to those meatball sandwiches she makes just because she knows they’re my favorite . . . I find myself wanting to break every rule we put in place.

Our story was never supposed to end with happily ever after.
But call me crazy, I just might be in love with my wife.

My Darling Duke (Read my Review)

Miss Katherine Danvers has always been a wallflower. But now, with her family on the brink of financial ruin, she finds herself a desperate wallflower. To save her family, she’ll do anything. Luckily, she has the perfect plan…

She’ll impress the ton by simply announcing she is engaged to the reclusive and mysterious Duke of Thornton, Alexander Masters, and secure strong matches for her sisters. No one has heard from the duke in years. Surely he’ll never find out before her sisters’ weddings, and she can go back to her own quiet life.

Soon, though, everything is out of control. At first, it’s just a few new ball gowns on the duke’s accounts. Then, it’s interviews with reporters eager for gossip. Before she knows it, Katherine has transformed herself into Kitty Danvers, charming and clever belle of the ton—with everyone eager to meet her thankfully absent fiancé.

But when the enigmatic Alexander Masters suddenly arrives in the city, dashing and oh so angry, he demands retribution. Except not in the way Katherine expected…

Bet the Farm by Staci Hart (Read my Review)

Olivia Brent has one summer to save the dairy farm she just inherited.

But there’s one problem, and it’s not her lactose intolerance.

The brooding farmhand has inherited exactly fifty percent of Brent Farm, and he’s so convinced the city girl can’t work the land, he bets she can’t save it in a summer.

Determined to prove him wrong, Olivia accepts what might be the dumbest wager of her life.

His strategy to win seems simple: follow her around, shirtlessly distracting her between bouts of relentless taunting. And it’s effective—if his dark eyes and rare smiles aren’t enough to sidetrack her, the sweaty, rolling topography of the manbeast’s body would do the trick.

What they don’t know: they’ll have to weather more than each other.

Mysterious circumstances throw the farm into disarray, and with the dairy farm in danger, Olivia and Jake have to work together. But when they do, there’s more to fear than either of them imagined.

Because now their hearts are on the line, and the farm won’t be the only casualty if they fail.

Not My Match by Ilsa Madden-Mills (Read my Review)

Homeless and heartbreakingly innocent, Giselle Riley walks into my penthouse and chaos follows.

I shouldn’t have invited the girl genius to live with me, but it’s clear she needs my help—not only for a place to lay her pretty blonde head but in finding real love, which she’s not going to get with the crazy men she picks up online.

Too bad she’s a twenty-four-year-old virgin and I’m a bad boy wide receiver. She’s off limits for a hardcore player like me—and we’re just friends.

Instead, I’m her matchmaking service, no matter how jealous it makes me when I tag along on her dates.

I can keep my self-control. Right? No way will I give in to everything inside me that dreams of a girl like her in my world.

I may be the best wide receiver in the country, but how could I hold on to a girl like her?

The Things We Leave Unfinished by Rebecca Yarros (Read my Review)

Twenty-eight-year-old Georgia Stanton has to start over after she gave up almost everything in a brutal divorce—the New York house, the friends, and her pride. Now back home at her late great-grandmother’s estate in Colorado, she finds herself face-to-face with Noah Harrison, the bestselling author of a million books where the cover is always people nearly kissing. He’s just as arrogant in person as in interviews, and she’ll be damned if the good-looking writer of love stories thinks he’s the one to finish her grandmother’s final novel…even if the publisher swears he’s the perfect fit.

Noah is at the pinnacle of his career. With book and movie deals galore, there isn’t much the “golden boy” of modern fiction hasn’t accomplished. But he can’t walk away from what might be the best book of the century—the one his idol, Scarlett Stanton, left unfinished. Coming up with a fitting ending for the legendary author is one thing, but dealing with her beautiful, stubborn, cynical great-granddaughter, Georgia, is quite another.

But as they read Scarlett’s words in both the manuscript and her box of letters, they start to realize why Scarlett never finished the book—it’s based on her real-life romance with a World War II pilot, and the ending isn’t a happy one. Georgia knows all too well that love never works out, and while the chemistry and connection between her and Noah is undeniable, she’s as determined as ever to learn from her great-grandmother’s mistakes—even if it means destroying Noah’s career.

I was just eight-years-old, looking up at the clouds, when Asa Calhoun became my one true love. He was my brother’s best friend. He was stoic and solemn, and always believed everything in life had to be perfect. But I saw past his eccentric mannerisms.

I found him fascinating.

I was seventeen when I had my debutante ball. Throughout the years, there was a gradual shift between us. I stopped being the little sister he’s always known me as and transformed into a lady. By the end of that night, he found me fascinating.

I was twenty-one when he first kissed me. My one true love became my soulmate.

I was certain nothing would ever come between us.

I married at twenty-three. But I wasn’t Mrs. Asa Calhoun. At the time I believed it was for the best, leaving Belgrave and my memories of Asa behind.

I was twenty-eight when my husband died. The pain was swift and sharp. I saw what could have been and all that I let go of. Including Asa.

Nearly seven months later I’m back in Charleston, because six years of a broken heart is too much for anyone to endure.

Asa once told me he would always be my home, but will he still mean those words when I walk through the church doors and object to his marriage?