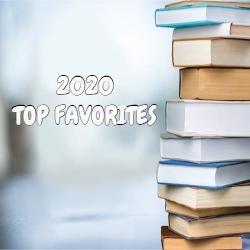 Love Her or Lose Her by Tessa Bailey (Read my Review)

Rosie and Dominic Vega are the perfect couple: high school sweethearts, best friends, madly in love. Well, they used to be anyway. Now Rosie’s lucky to get a caveman grunt from the ex-soldier every time she walks in the door. Dom is faithful and a great provider, but the man she fell in love with ten years ago is nowhere to be found. When her girlfriends encourage Rosie to demand more out of life and pursue her dream of opening a restaurant, she decides to demand more out of love, too. Three words: marriage boot camp.

Never in a million years did Rosie believe her stoic, too-manly-to-emote husband would actually agree to relationship rehab with a weed-smoking hippie. Dom talking about feelings? Sitting on pillows? Communing with nature? Learning love languages? Nope. But to her surprise, he’s all in, and it forces her to admit her own role in their cracked foundation. As they complete one ridiculous—yet surprisingly helpful—assignment after another, their remodeled relationship gets stronger than ever. Except just as they’re getting back on track, Rosie discovers Dom has a secret… and it could demolish everything.

In hindsight, I should not have had that fifth mimosa at Breakfast with Santa.

Or the sixth, seventh, and eighth.

But my shame over the public meltdown that resulted was nothing compared to being abandoned by my husband of fifteen years for a much younger woman—and did I mention she’s pregnant?

For the sake of my children and my pride, I packed up and headed for my childhood home and the small town where I grew up. Cloverleigh Farms would be the perfect place for a fresh start.

Falling for Henry DeSantis wasn’t part of the plan.

Sure, he’s easy on the eyes and hard in the bedroom (also the hallway, the bathtub, and on top of his desk), but he’s newly divorced too, and things between us are moving so fast I’m afraid neither one of us has had enough time to heal. Not to mention the fact that I’m a single mom now—my kids have to come first.

But Henry makes me feel beautiful and sexy and wanted and strong—I haven’t felt that way in years. We understand each other, and when I’m in his arms, I’m tempted to trust again. To love again. To let myself be loved without fear.
But deep down, I’m terrified.

Is this all too much, too soon? Or am I a fool to let a second chance at happily ever after pass me by?

Joey…
I wouldn’t say I ran away exactly—twenty-two is too old for that.
I’d call it self-preservation.
I have one objective: protect my heart from the boy next door who has no clue I’ve loved him my whole life, even with a front row seat to his revolving bedroom door.
My escape plan almost worked.
Except I left one thing behind.
Logan Carter hijacked my heart, and it’s time to get it back. This time for good.

Logan…
I wouldn’t say I’ve been lying this whole time—not about everything.
Not about how much I miss my best friend, and definitely not about how pissed I am that she left with hardly a goodbye.
She’s the last person I ever expected to ghost me, and her absence left a gaping hole in my chest.
When Joey Grayson steps off that bus, I know I’ll do anything to keep her home, and that means finding out the truth.
But I’m not sure how to tell her my truths when I’m living so many lies.

Wild at Heart by K.A. Tucker (Read my Review)

Calla Fletcher returns to Toronto a different person, struggling to find direction and still very much in love with the rugged bush pilot she left behind. When Jonah arrives on her doorstep with a proposition she can’t dismiss, she takes the leap and rushes back to Alaska to begin their exciting future together.

But Calla soon learns that even the best intentions can lead to broken promises, and that compromise comes with a hefty price–a log cabin in rural Alaska that feels as isolating as the western tundra.

With Jonah gone more than he’s home, one neighbor who insists on transforming her into a true Alaskan, and another who seems more likely to shoot her than come to her aid, Calla grapples with forging her own path. In a world with roaming wildlife that has her constantly watching over her shoulder and harsh conditions that stretch far beyond the cold, dark, winter months, just stepping outside her front door can be daunting.

This is not the future Calla had in mind, leaving her to fear that perhaps she is doomed to follow in her mother’s fleeing footsteps after all.

King of South by Calia Read (Read my Review)

The year is 1919, and the Great War has ended. As everyone picks up the pieces of their lives, I have only copious amounts of alcohol and women keeping me together.

Most of the men I went to war with didn’t make it home, including my best friend, Miles. I thought I knew everything about him until I discovered he made me the executor to his little sister Rainey’s dowry.

Rainey Pleasonton is anything but pleasant. Most men in Charleston found her wild and carefree ways to be terrifying, which explained why she was twenty-eight and still unmarried.

I have sixty days to help her find a husband before she loses her inheritance, her family’s legacy, and I lose the last of my sanity.

The only problem is, I’ve watched her go from a little girl who chased us around with a bow and arrow to the only woman in the South immune to my charm. And the men who were once scared of Rainey? They now find my le savauge beguiling, and I do not care for it one bit …

As kids, they hated each other. Macon Saint was beautiful, but despite his name, Delilah knew he was the devil. That he dated her slightly evil sister, Samantha, was no picnic either. When they broke up, it was a dream come true: Delilah never had to see him again.

Delilah’s sister has stolen a valuable heirloom from Macon, now a rising Hollywood star, and he intends to collect his due. One problem: Sam has skipped town.

Sparks still sizzle between Macon and Delilah, only this heat feels alarmingly like unwanted attraction. But Delilah is desperate to keep her weak-hearted mother from learning of her sister’s theft. So she proposes a deal: she’ll pay off the debt by being Macon’s personal chef and assistant.

It’s a recipe for disaster, but Macon can’t stop himself from accepting. Even though Delilah clearly hates him, there’s something about her that feels like home. Besides, they’re no longer kids, and what once was a bitter rivalry has the potential to be something sweeter. Something like forever.

Jacob Esera, star rugby player and young single father, has worked hard to create a joyous life for his six-year-old daughter. After the death of his childhood sweetheart soon after their daughter’s birth, all Jake wants is safety and stability. No risks. No wild chances. And especially no Juliet Nelisi, former classmate, scandal magnet, and a woman who is a thorn in his side.

As a lonely teenager, Juliet embraced her bad-girl reputation as a shield against loneliness and rejection. Years later, having kicked a cheating sports-star ex to the curb, she has a prestigious job and loyal friends—and wants nothing to do with sportsmen. The last thing she expects is the fire that ignites between her and the stuffed-shirt golden boy who once loved her best friend.

Great and Precious Things by Rebecca Yarros (Read my Review)

How do you define yourself when others have already decided who you are?

Six years ago, when Camden Daniels came back from war without his younger brother, no one in the small town of Alba, Colorado, would forgive him—especially his father. He left, swearing never to return.

But a desperate message from his father brings it all back. The betrayal. The pain. And the need to go home again.

But home is where the one person he still loves is waiting. Willow. The one woman he can never have. Because there are secrets buried in Alba that are best left in the dark.

If only he could tell his heart to stay locked away when she whispers she’s always loved him, and always will…

Great and Precious Things is a heart-wrenching story about family, betrayal, and ultimately how far we’re willing to go on behalf of those who need us most.